The fixtures for the 2017/18 season have been released today at 1pm and the new season in the Vanarama National league will see FC Halifax Town start with a home game against Aldershot Town on Saturday 5th August, 3pm kick-off.

This is followed up by away games at Barrow on Tuesday 8th August and Chester FC on Saturday 12th August.

The Christmas fixtures see us facing Macclesfield Town away on Boxing Day with the Silkmen coming to the MBi Shay Stadium on New Years Day. 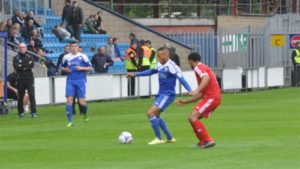 The Shaymen will travel to Neil Aspin’s Gateshead on August Bank Holiday and the return fixture will be at the Shay on Easter Monday (2nd April).

The final game of the season will be away to Maidstone United on Saturday 28th April.