Riley left the MBi Shay Stadium this summer after just one season with the Shaymen to rejoin with former boss Billy Heath. The 31 year old centre half was the Shaymen’s first signing from Wrexham upon promotion back to the National League this season. 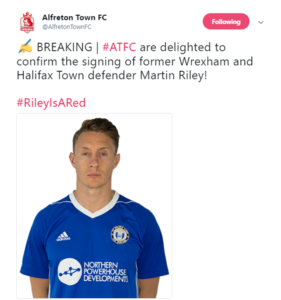