FC Halifax Town and Maidenhead United will meet in a league game for the first time this Saturday, September 9 (3pm) at the MBi Shay Stadium. The Shaymen go into the game in great form having claimed 10 points from their last four games, and conceding just once in the process.

On Saturday, Town defeated AFC Fylde 2-1 in front of 1775 fans at the MBi Shay, in a game which saw last season’s promoted Vanarama North sides come head to head once again. This weekend, Town will face a less-familiar foe in the form of Maidenhead, a side who themselves come into the game in decent form, having only lost once in their last six. 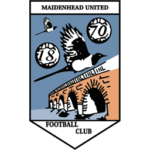 The two sides both have 11 points from their last possible 18, and Maidenhead occupy the last play-off place in 7th, only ahead of Town on goal difference. A victory for Halifax, therefore, would almost certainly see them end the day in the play-off places. Town have 12 points, and given that there are a cluster of sides sitting on 11, could finish the day in the bottom half with a defeat.

Maidenhead star Dave Tarpey left the club last week for Barnet, but they managed just fine without him on Saturday. They stunned league leaders Sutton United by winning 2-0 away from home, courtesy of goals from Ryan Upward and Harold Odametey.

Tom Denton, who scored both of Town’s goals against Fylde, will have high hopes of adding to his tally as the clean sheet which Maidenhead kept against Sutton was their only shut-out of the season so far. Halifax, by contrast, have kept an impressive five clean sheets thanks largely to the work of centre halves Matty Brown and Scott Garner, and goalkeeper Sam Johnson.

Matty Kosylo will be available for Billy Heath once again after serving his suspension for the two yellow cards he received in the 0-0 draw away at Gateshead.

The shop will be open from 1.30pm ahead of the game.

Match Coverage:
There will be full match commentary on our brand new Shaymen Audio service which is FREE for every game that is covered.