FC Halifax Town Community Group are pleased to announce the date of the inaugural Adam Heslop Cup; a Futsal tournament for primary schools in Halifax named after a long standing supporter; Adam Heslop.  The event will feature a showcase finale at North Bridge Leisure Centre on Thursday 29th June.

The tournament is open to primary schools, specifically boys and girls in the year 6 age group and provides the opportunity for budding football stars to play the exciting game of Futsal, a fast moving 5-a-side game of South American origin.

Played on a hard, basketball-court sized pitch, using a smaller (size 3), weighted and specially designed ball.  Futsal is cited by many football legends including Cristiano Ronaldo as being the game that made them the players they are today:

“In Portugal all we played growing up was futsal. The smaller court helped my footwork skills. If it wasn’t for futsal I would definitely not be the player I am today.”Cristiano Ronaldo

Steve Nichol, Head of Youth, Junior and Community Football Development said: “The project is being supported with a grant awarded by The National League Trust alongside FC Halifax Town.  We hope to build on the success of last year’s event where Copley Primary School were crowned winners for the second year running and the event was attended by FC Halifax Town first team players and manager, Billy Heath. 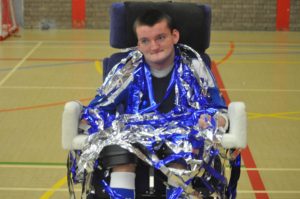 “I’m a firm believer in the sport of Futsal and its properties as a development tool for young players and this event is a good opportunity to develop the game in the area and offer something a little different.  It is an ideal game for schools, it is highly effective for children aged 5-16 years old and is best played on surfaces such as a school hall, gym or tarmac playgrounds.  The design of the ball is such that it has a reduced rebound thus encouraging the development of close control and passing, where individual skill and creativity is maximised.”

Schools can register their interest by contacting Nick Walker on community@fchalifaxtown.com or 07538 032 592.  Entry is free but places limited to a maximum of 12 schools.  As well as participation in the tournament all schools who enter will receive a free coaching session to introduce pupils to the game.