Adam Heslop Cup: On The Road To Wembley

Calderdale primary schools will have the chance to appear at Wembley in May through the Adam Heslop Cup.  A competition hosted by National League clubs, it takes local competition winners into regional playoffs, before a final at Wembley.

This year the Adam Heslop Cup will be amalgamated with the National League Trust U11 Cup and expanded to include three qualifying rounds and a girl’s competition. 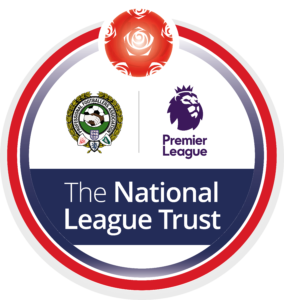 The Halifax area finals will provide the opportunity for budding football stars, specifically those in the year 6 age group to play the exciting game of Futsal, a fast moving 5-a-side game of South American origin.  Primary schools will have the option of participating in one of four local events running from December to February.

Steve Nichol, Head of Youth, Junior and Community Football Development said: “The project is being supported with a grant awarded by The National League Trust, community sponsors RSA and FC Halifax Town.  We hope to build on the success of our previous event and continue to introduce more children to our coaching programme.

“The competition will complete a positive 12 months for the community, academy and youth group at FC Halifax. Working with over 300 players every week as part of a club training program that stretches from the youngest participant aged 13 months to the youth team players who range from ages 17 to 19.  This event alone could engage over 500 Calderdale school children.“

For further information or to enter your school in the Adam Heslop Cup contact us on 07572 154 200 or community@fchalifaxtown.com