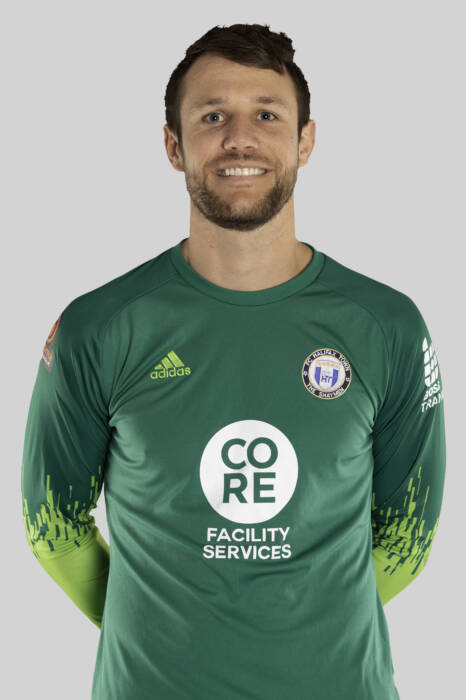 The 28-year-old goalkeeper is Halifax’s longest-serving player, having first appeared for the Shaymen on-loan in the 2015-16 season – the same season he was part of the FCHT side that won the FA Trophy. Johnson then had a second loan spell in 2017 – during both loan periods the 6’7 keeper was contracted at Port Vale. In May 2017, ‘The Valiants’ released Johnson and he subsequently joined Halifax on a permanent deal. ‘Big Sam’ has since played over 200 league games.

Away from the Shay, Johnson started his career with Stoke City’s youth team, before joining Port Vale in 2007 where he went on to make 22 league appearances between 2011 and 2017. Johnson has also spent time on loan with Stafford Rangers, Alfreton Town & Gateshead.