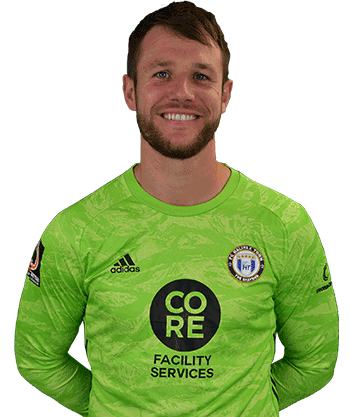 Goalkeeper Sam Johnson signed from Port Vale on a two-year deal on 24th May 2017. The 24-year-old had two previous loan spells with the Shaymen and was part of the side which won the FA Trophy at Wembley Stadium. Johnson played a major part in Town’s promotion via the Vanarama National League North play-offs in the 2016-17 season.

Starting his career with Stoke City’s youth setup, the 6ft 7 goalkeeper joined Port Vale in 2007 where he went onto make 22 league appearances between 2011 and 2017. During his time with Valiants Johnson spent time on loan with: Stafford Rangers, Alfreton Town, Gateshead as well as The Shaymen. Johnson was an ever present for the club in 2018/19 as he kept 19 clean sheets. 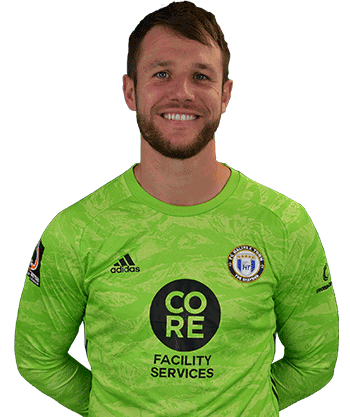 FC Halifax Town  @FCHTOnline
⚽️🎫 MATCH INFO |Our play-off fixture against @ChesterfieldFC on 2️⃣4️⃣ May will be ticketed for AWAY FANS ONLYI… https://t.co/iIJWpG6OpA
reply retweet favorite

FC Halifax Town  @FCHTOnline
💙 LEADING THE CHARGE |WHET THE APPETITE 🤩It’s been a thrilling season so far, let’s reflect on some of those mo… https://t.co/lAOiIYco6H
reply retweet favorite

FC Halifax Town  @FCHTOnline
⏰ 75' | YELLOW CARDAndy Cannon has decided to grab Billy Waters and throw him to the ground for no reason. He's b… https://t.co/Lhj2xFO5Xk
reply retweet favorite

FC Halifax Town  @FCHTOnline
⏰ 55' |Sometimes in football, you have to hold your hands up and compliment the opposition, because the Stockport… https://t.co/oB3joynSdr
reply retweet favorite