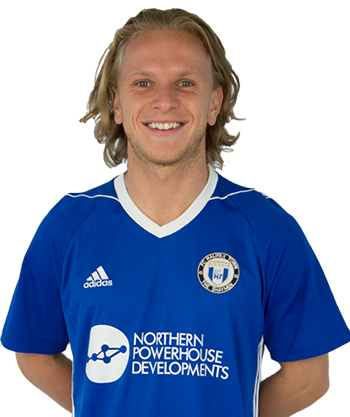 Pen Pic: Kosylo’s signing in pre-season was greeted with much excitement by FC Halifax Town fans last season and he certainly lived up to the hype. He scored a goal and provided the main attacking threat for Nantwich Town in two seasons ago in the FA Trophy semi-final first leg, and was again impressive in the return leg at the Shay. Having seen him shine first hand he was a name on many Halifax fans’ lips and Town’s capture of him has been regarded as an early success for the new manager.

He started out at Stockport County and has also played for Ashton United and Hyde United. At Nantwich he was named as the Evo-Stik Premier Division’s Young Player of the Season for 2015/16, as well as being named in the team of the year. Halifax and Nantwich agreed an undisclosed fee for the attacking-minded player, and he signed a two-year contract.

Kosylo was a regular presence in the starting line-up last season, and has become a real fans’ favourite. His energetic and tireless performances have been matched with some fine goals and assists, which have pleased many on the terraces. 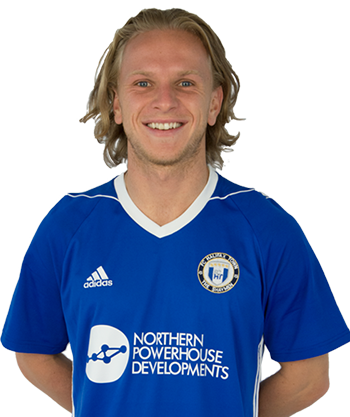 FC Halifax Town  @FCHTOnline
⚽️ TRAINING TAKEOVER |The lads getting in tune for our play-off eliminator against Chesterfield at The Shay next… https://t.co/zvszRKsuoU
reply retweet favorite