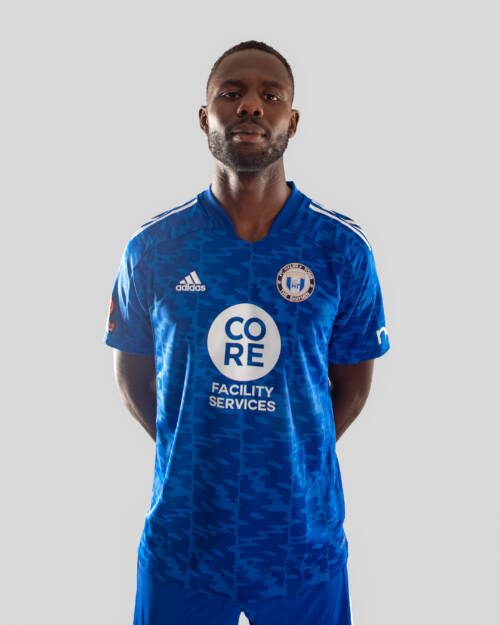 Emmanuel Dieseruvwe has joined the Shaymen following his release from League Two side Tranmere Rovers.

Dieseruvwe began his career at Sheffield Wednesday, progressing through the youth ranks before signing his first professional contract in 2013.

Whilst with Wednesday, the striker was sent on loan to Hyde, Fleetwood Town, and Chesterfield before signing with the Spireites permanently in 2015. In 2016 Dieseruvwe made the move to National League North side Kidderminster Harriers and had a brief spell with Boston United during the season before being released by Kidderminster at the end of the 2016/17 campaign.

The striker was picked up by then National League North side Salford City. In 2019 Dieseruvwe opened the scoring in the National League play-off final against AFC Fylde, helping Salford reach the Football League for the first time in their history. Just a few months later Dieseruvwe netted Salford’s first ever league goal in 2-0 win over Stevenage.

Following his release from Salford in 2021, Dieseruvwe signed for League Two side Tranmere Rovers and made 12 appearances in all competitions before joining Grimsby Town on loan in February 2022. During his spell with Grimsby, Dieseruvwe scored the winning goal in extra time of the play-off eliminator against Notts County, and also scored in the 5-4 win over Wrexham in the semi-final. Dieseruvwe also played a vital part of the 2-1 win against Solihull Moors in the final, his second National League play-off triumph. 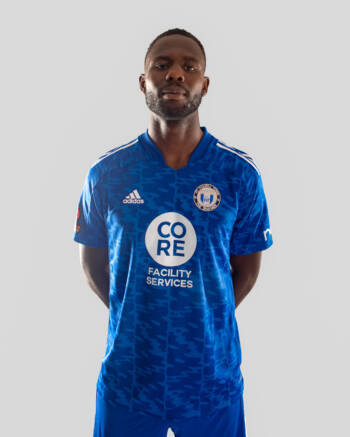 FC Halifax Town  @FCHTOnline
⏰ 67' |Mistake at the back from Yeovil leaves Harker running through on goal but Smith makes another save to deny… https://t.co/tH7aDyG56s
reply retweet favorite

FC Halifax Town  @FCHTOnline
⏰ 48' |Town win a free-kick on the half way line.Summerfield takes but Yeovil see the ball behind for a goal-ki… https://t.co/BmdgPPOQZi
reply retweet favorite
Load More
Our
Principal
Partners