FC Halifax Town drop down to second place in the Vanarama National League following their second defeat of the season.

After losing 2-0, the Shaymen sit one point behind Woking, who drew away at Hartlepool. Their opponents Yeovil moved up to sixth.

Elsewhere, Bromley are joint on points with Halifax in third after a 2-1 win over Chesterfield, who fall to bottom of the table.

Yeovil were the only other team in the top seven to pick up all three points with their win at the Shay. 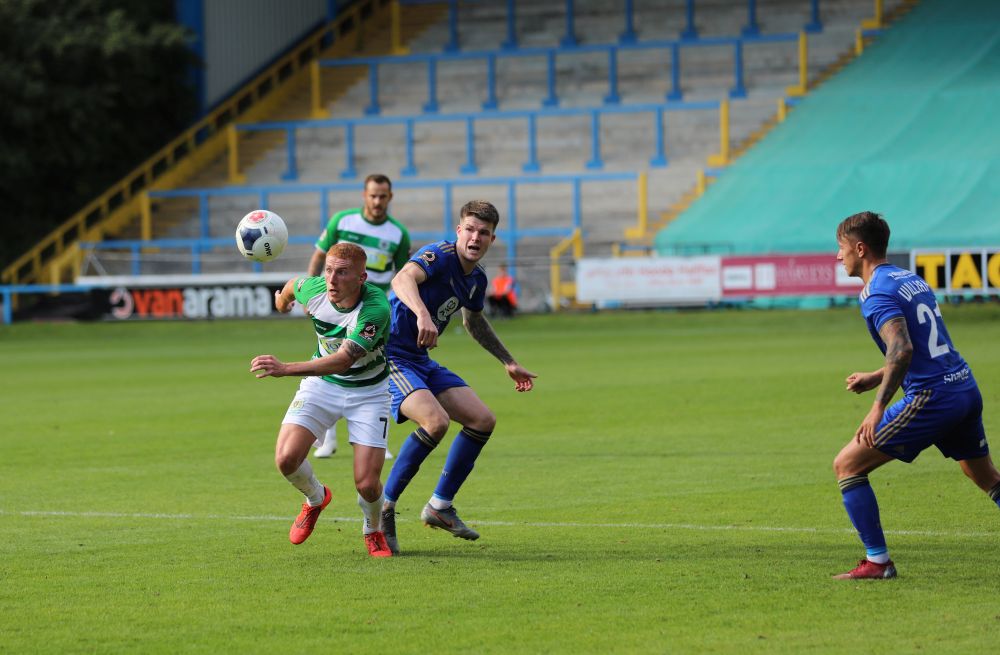 Maidenhead lost 1-0 at home to Dagenham, who move within a point of the play-offs. Stockport were beaten 3-0 at Chorley, who climb off the foot of the table with a win, whilst Dover won 3-1 against Boreham Wood.

Defeats for these play-off hopefuls have allowed other teams to make up some ground. The aforementioned Hartlepool join Dagenham on 15 points with their draw against Woking. Torquay striker Jamie Reid takes his tally to seven for the season after his brace in a 4-2 win over Harrogate, which also moves the Gulls to within a point of the top seven.

Barrow won their first away game of the season to climb out of the relegation zone. Their 2-1 victory over Aldershot sent their opponents into the bottom four.

Meanwhile, Ebbsfleet and Sutton both hosted 1-1 draws against Eastleigh and Notts County respectively.

previous Yeovil Town: We Have To React Better
next Notts County: Ticket Information