FC Halifax Town take a break from the Vanarama National League to host Solihull Moors in the Buildbase FA Trophy this Saturday at the Shay for a 3pm kick off.

The Shaymen come into this game having not lost a match since the 22nd December after a late Craig Eastmond gave Sutton United a 1-0 victory at the Shay that day.

Solihull Moors come into the FA Trophy second round clash in good form, just like Town Solihull have only lost one of out their last five fixtures as well. It was a 1-0 away defeat to fellow promotion rivals Wrexham.

The Moors are heading into the second round tie off back to back victories. As they beat another team in and around the play-offs Gateshead 2-1 up in Gateshead and a dominant home victory beating Eastleigh 4-1.

Solihull travelled to Vanarama National League North side Southport in the first round and got a 1-0 win. By getting to the second round of the FA Trophy Solihull have already matched their best performance in the competition. Solihull have reached this stage only twice before. Last season they lost 2-0 at Spennymoor Town and back in the 2012/13 season they lost 3-2 in North Wales to Wrexham.

Town have a proud history in this competition after winning the FA Trophy back in 2016 over Grimsby and are wanting to get their hands back on the trophy. This season they have already matched what they did last seasons by getting to the second round but a 4-1 loss at home to Maidenhead United stop last season’s challenge. The Shaymen had a somewhat memorable first round game in this year’s FA Trophy as they beat Barrow 2-1 in awful conditions many players describing it as the worst they’ve played in and club captain Matty Brown describing it as “the coldest I’ve ever been on a football pitch.”

If you are unable to get down to The Shay for the 3pm kick off this Saturday, you can listen to live commentary on Shaymen Audio from the ground at 2:45pm.

If a replay is needed, it will take place on Tuesday 15th January, 7.45pm kick-off 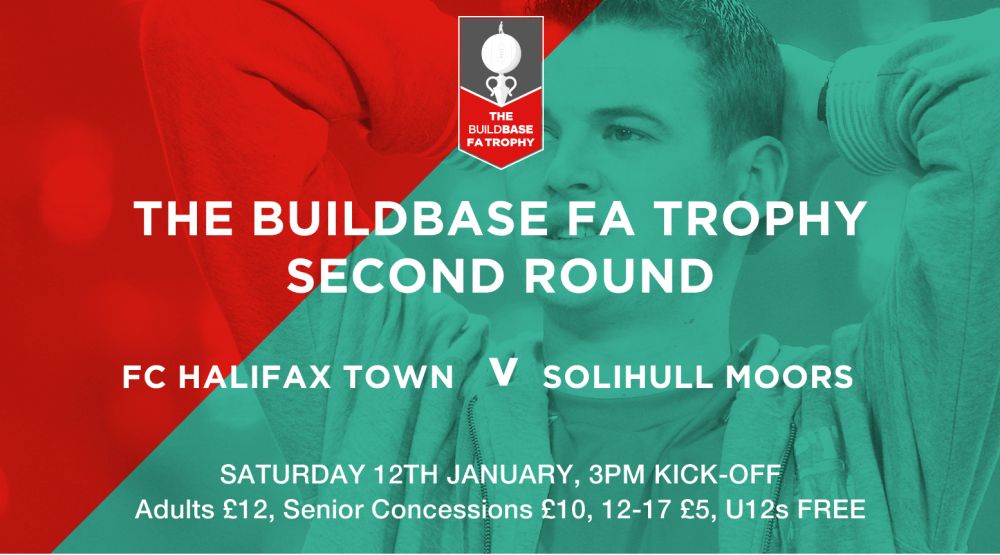