Due to the loss of the game at home to Bradford City for the viewing public, Monday night away to North Ferriby United at 7.45pm, represents the last opportunity of seeing the Shaymen in a pre-season friendly, prior to the ‘Big Kick-Off’ in the Vanarama National League. Remember our first game back in the National League will be against much-fancied Aldershot Town 3.00pm at the MBi Shay Stadium on Saturday 5 August. 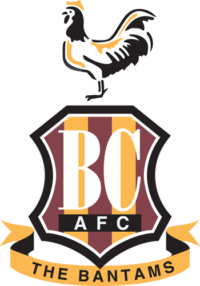 This commences a very hectic spell of games with no less than 7 games before the end of the month, including a BT Sport live broadcast versus Guiseley AFC. Those games are; ALDERSHOT (H) Saturday 5 August, Barrow (A) Tuesday 8 August, Chester (A) Saturday 12 August, Dover Athletic (H) Tuesday 15th August, Solihull Moors (A) Saturday 19th August, Guiseley (H) Saturday 26th August and Gateshead (A) Monday 28th August.

We must express our huge disappointment at losing the BCFC home friendly, for reasons previously stated. For all concerned it’s terribly frustrating to miss out on a fixture with a potential for a 2/3,000 crowd and a great send-off for the new season. It highlights that those who bring ‘trouble’ to the doors of the Shay Stadium or at away games have a profound effect on the financial well-being of the Football Club, by not being able to get such games staged.

For clarity, the game will be staged in total lock down, so there will be no facilities available to the general public, no bars, no food, no Club Shop, no collections.

Our media team will be providing free commentary of the game, for those subscribing to ShaymenTV, the full match will also be available to watch on Sunday. If you’ve not already signed –up for this ‘all new’ service, you can still do so here.

Finally, we’re busy selling season tickets and now approaching your last chance to obtain a SENIOR or Under 16 ticket at very attractive prices. Please don’t leave your application too late, as we’ll be very busy in the run-up to the season – click here