Mark Ives is to join The National League management team from early next month. 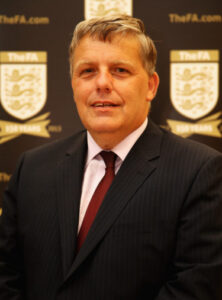 Ives’ nearly two decades at The FA included the senior role of Head of Judicial Services.

The experienced executive has been appointed as The National League’s Interim General Manager from January on a three-month contract.

The National League will use the early part of 2021 to assess the management structure the organisation best needs following the imminent departure of its long-serving CEO, Michael Tattersall, at the end of this month.