FC Halifax Town are delighted to announce that defender Scott Garner has signed a one year extension to his current deal with the Club.

Garner joined the Shaymen from Boston United ahead of the 2016/17 season and in his first season with Town helped the Club to promotion via the Vanarama North playoffs and won a number of awards at the end of the season.

He has so far made 11 appearances for Town this season and returned to the starting XI against Tranmere at the weekend after serving a three match suspension.

We wish him well during his time with us. 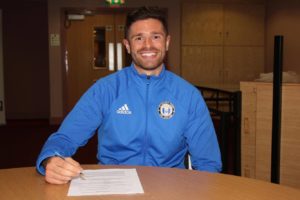 previous Tranmere Rovers: It's Not A Good Day
next A Big Thank You