The Shaymen have drawn 0-0 in both of the last two away games against Barrow and Chester after losing 2-0 on the opening day of the season to current league leaders Aldershot Town.

Town boss Billy Heath will be hoping his players can find their first goal of the season with the visit of Dover Athletic after three games without finding the net however the Shaymen’s defence has been resolute so far with only one goal being scored from open play in the first three games with the second Aldershot goal coming from the penalty spot. 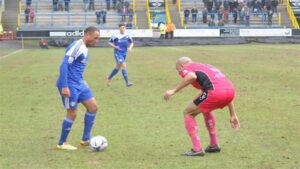 Dover come into this game with two wins out of three so far. The opening day they went to Hartlepool and a Jamie Allen goal on 29 minutes was enough for the Kent side to start their season with a win.

However in their first home game of the season, they conceded a goal in each half with Josh Rees and Louis Dennis on target for Bromley. They did pull one back with 15 minutes remaining with an own goal from David Gregory.

Ryan Bird opened his scoring account for Dover on Saturday in a 1-0 win over Wrexham at the Crabble Athletic Ground. 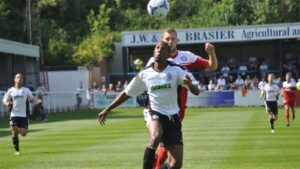 However goals from Jordan Burrow, a Shaun Tuton brace and Nicky Wroe were enough to give the Shaymen a 4-2 victory in front of 1067 fans at the MBi Shay Stadium in November 2015.

Dover have so far used 14 players this season in their first three games of the season and have started with the same starting XI in each game. 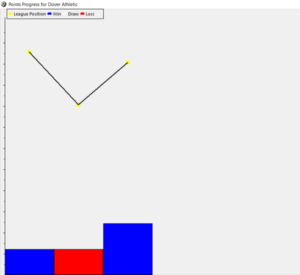 Clean Sheets for Dover: 2 from 3 so far

Referee: Marc Edwards (last game Barrow vs Woking – 3 Yellow Cards given out during the game)

Will be open from 6.30pm for all your merchandising needs. All sizes of home and away shirts are currently in stock.

There will be full match commentary on our brand new Shaymen Audio service which is FREE for every game that is covered.

previous Chester: Traveller's Tales
next Apologies From Away Shay Travel