Fixtures set to be announced:

The wait is nearly over for all the National League fans waiting for their team’s fixture list for the 17/18 season to be release, and the wait is almost over. It has been revealed that the fixtures will be announced at 1pm on Wednesday July 5th

Vanarama National League newcomers Leyton Orient have announced the appointments of Ross Embleton and Danny Webb to their coaching staff.
Embleton has previously worked with the O’s ‘Centre of Excellence’ as a Youth Development Manager and now returns to the club as the first-team assistant coach. Having worked at Orient between 2000 and 2009, he spent three years at Tottenham Hotspur academy as Integration Manager. Following on from spells at AFC Bournemouth and Norwich City, he then returned to Spurs in 2014 before becoming first team coach at Swindon Town in 2015 until his departure at the end of last season. 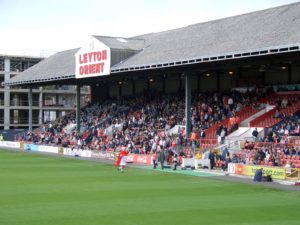 Webb is also making a return to the O’s as Youth team coach, having previously had several roles at the club between 2011 and 2017, including the position of first-team manager for a part of the O’s last campaign. Webb has also enjoyed success as under-14’s coach as well as under-16’s, a team in which he guided to National Category Three Cup glory in 2014. However, his greatest achievement came during the 2015/16 season in which he led the under-18’s to the Merit League One Title with the youngsters ending the ten games unbeaten.

Last summer saw Webb promoted to first-team coach ahead of the 2016/17 campaign and during so, he was promoted again to assistant-manager, before eventually holding the role of first-team manager from January to March.
Director of Football Martin Ling expressed his delight by telling the told club’s official website: “I am very happy to be able to make these appointments”.

Gateshead have today confirmed the loan signing of 20-year-old midfielder Robbie Tinkler from Sky Bet Championship side Middlesbrough until January 2018. Tinkler made fifteen appearances for relegated North Ferriby United in the second half of last season, scoring four goals in the process. 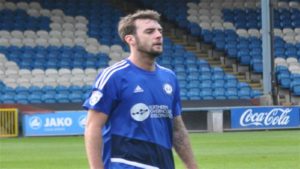 The 20-year-old, who is a regular in Boro’s under-23’s team, has joined The Heed just in time for a full pre-season and a chance to get to know his new team mates ahead of their game against Ebac Northern League side Dunston UTS on Thursday.

National League club Dagenham & Redbridge have signed former Birmingham City midfielder Charlee Adams on a two year deal. Born in Redbridge, the 22-year-old was on West Ham’s books before making the switch to Birmingham City in 2011 and since then, having loans spells at Lincoln city and Scottish side Kilmarnock. Adams has joined the Daggers after being released by Birmingham when his contract expired and although having played most of his football at under-21’s level, he did manage two first-team appearances during his time at St Andrews.