EXCLUSIVE: New Signing For The Shaymen

FC Halifax Town have announced the signing of 23 year old defender/midfielder Connor Oliver from Vanarama National North side North Ferriby United on a one year deal..

He started his career with Sunderland through the youth ranks and had a loan spell at Hartlepool United in the 2013-14 season. 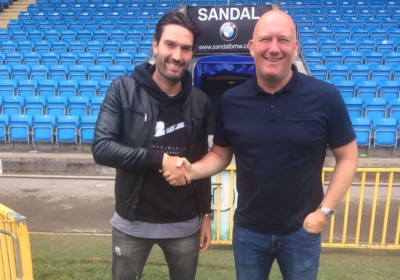 Oliver joined Blackpool in January 2015 making 10 appearances before a loan move up the coast to Morecambe in March 2016.

We wish him well during his time with the Club.

previous Billy's Balti Night Update
next Muldoon On The Move